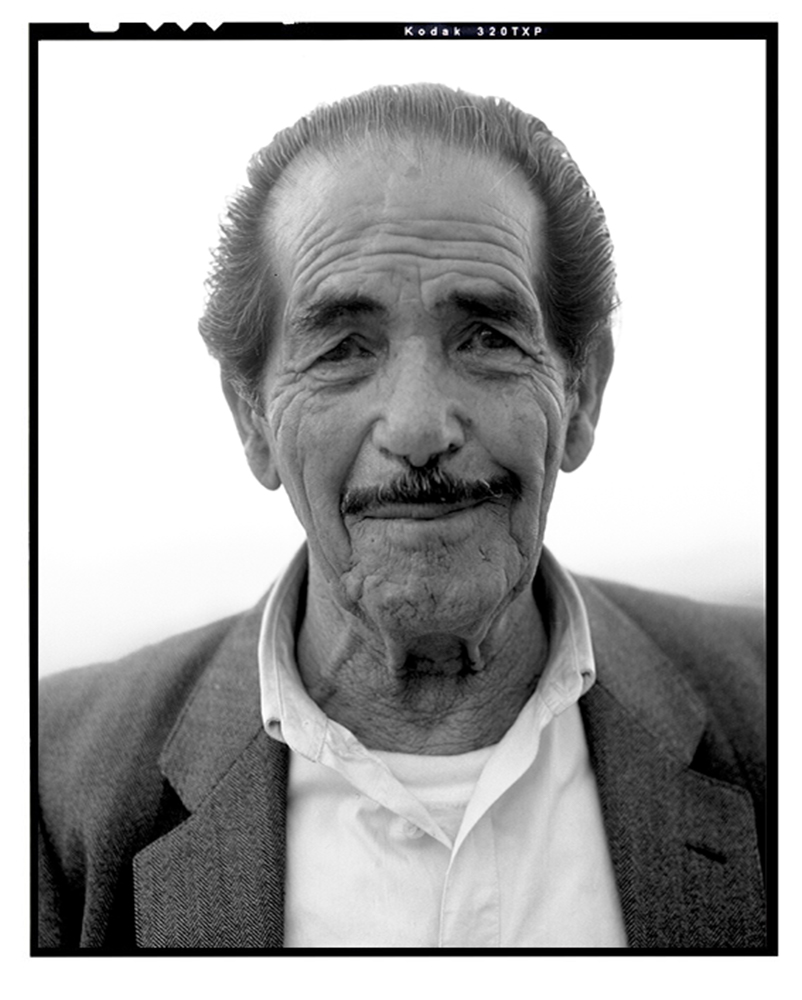 Calabria, now forgotten, you were once the garden of Europe. You bloomed every week and even the earth smelled good,/ but the people in Rome abandoned you starving. / From up there nobody sees you anymore, since their belly is full. / You sleep like an old man that nobody will wake up. / If you are hungry, tighten your belt because the sun will rise and who made these damages will cry and also Christ will help us.

I met Mastrangelo, as anybody called him in Bova, in the early nineties.
Poet, bricklayer, musician and singer, he composed this and many other poems and songs that have never been written.
Even in Bova, which used to be the center of the Grecanic culture in Calabria, he was one of the few who still mastered the so called Grecanic language, which roots go as far back in history as the time of the ancient Greek colonies in the eight century BC.

I am proud I met this nice man and spent some time with him, 1/30 of a second of which was dedicated to capture his beautiful smile and his clever eyes in this 4by5 inches film plate for those who will never meet him in person, because he died at the beginning of a new century and a new millennium that he could not see. 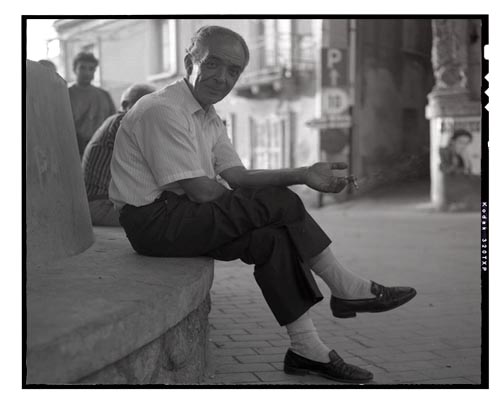 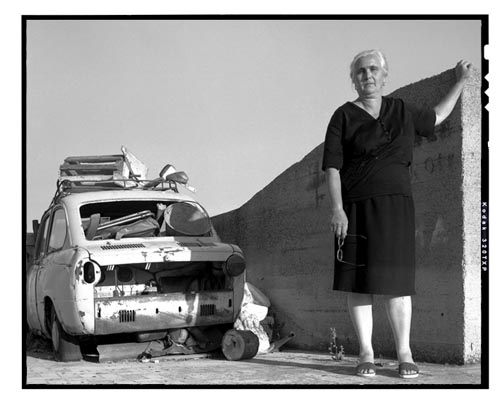 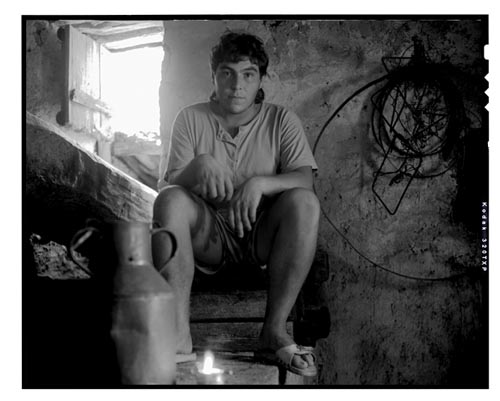 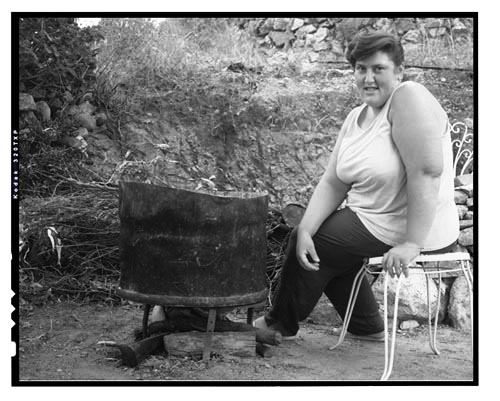 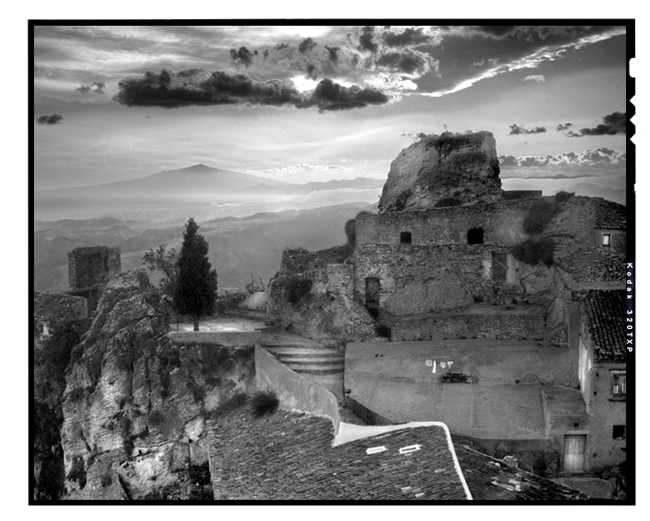 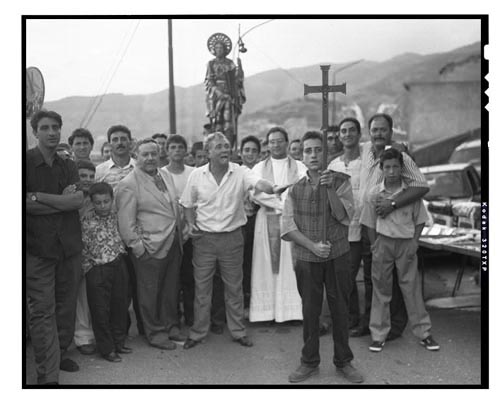 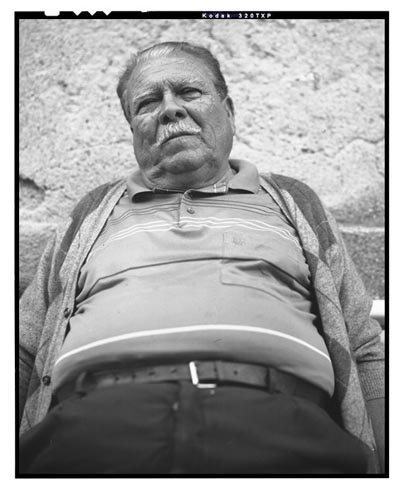 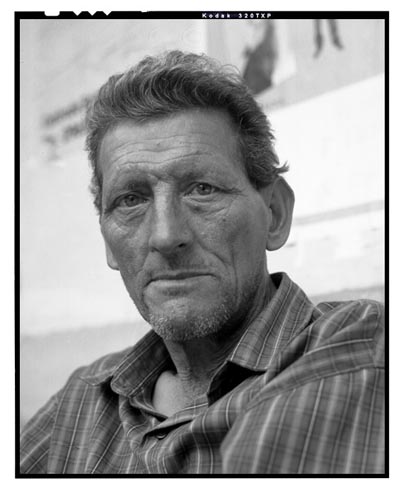 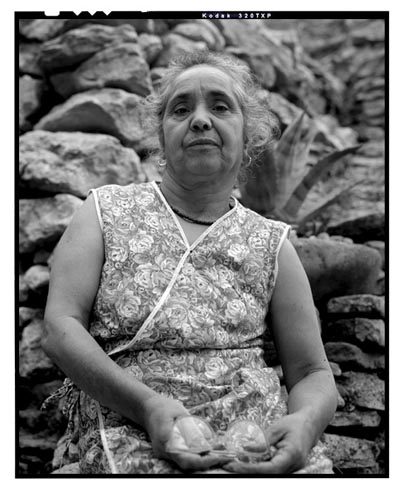 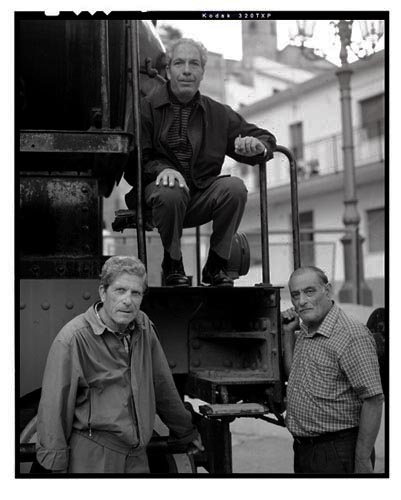 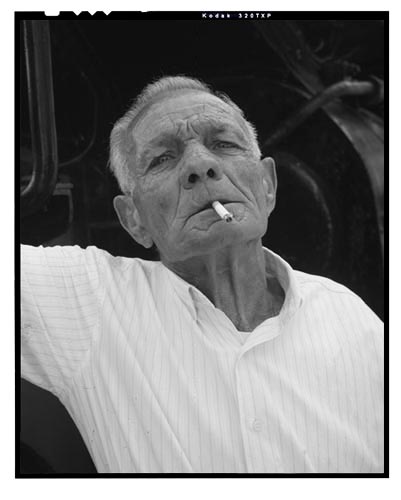 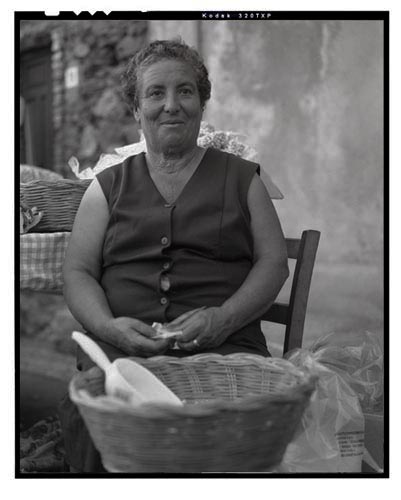 I discovered Bova riding my Ducati bike in the early Nineties. Even travelling light, as you have to do on a motorcicle, I had with me the same kind of camera Wegee used in NY in the Thirties, a wooden Graflex Speedgrafic with his Kodak Ektar 127mm lens and some 4×5 Kodak tri-x plates.

I used this archaic pre-bellic, but still efficent kit to photograph some of the humble and generous people who hosted me in that magical place at the entrance of Aspromonte. I spent most of my time there in the old brownstone house of Mastro Leo, listening his organetto and his ancient dialect stories and discovering the secret world of Aspromonte guided by his son Mimmo, who still I am honoured to consider my friend. I hope these pictures will keep alive for the new generations a little bit of the that ancient and forgotten world of traditions throught the portraits of some of his last witnesses. 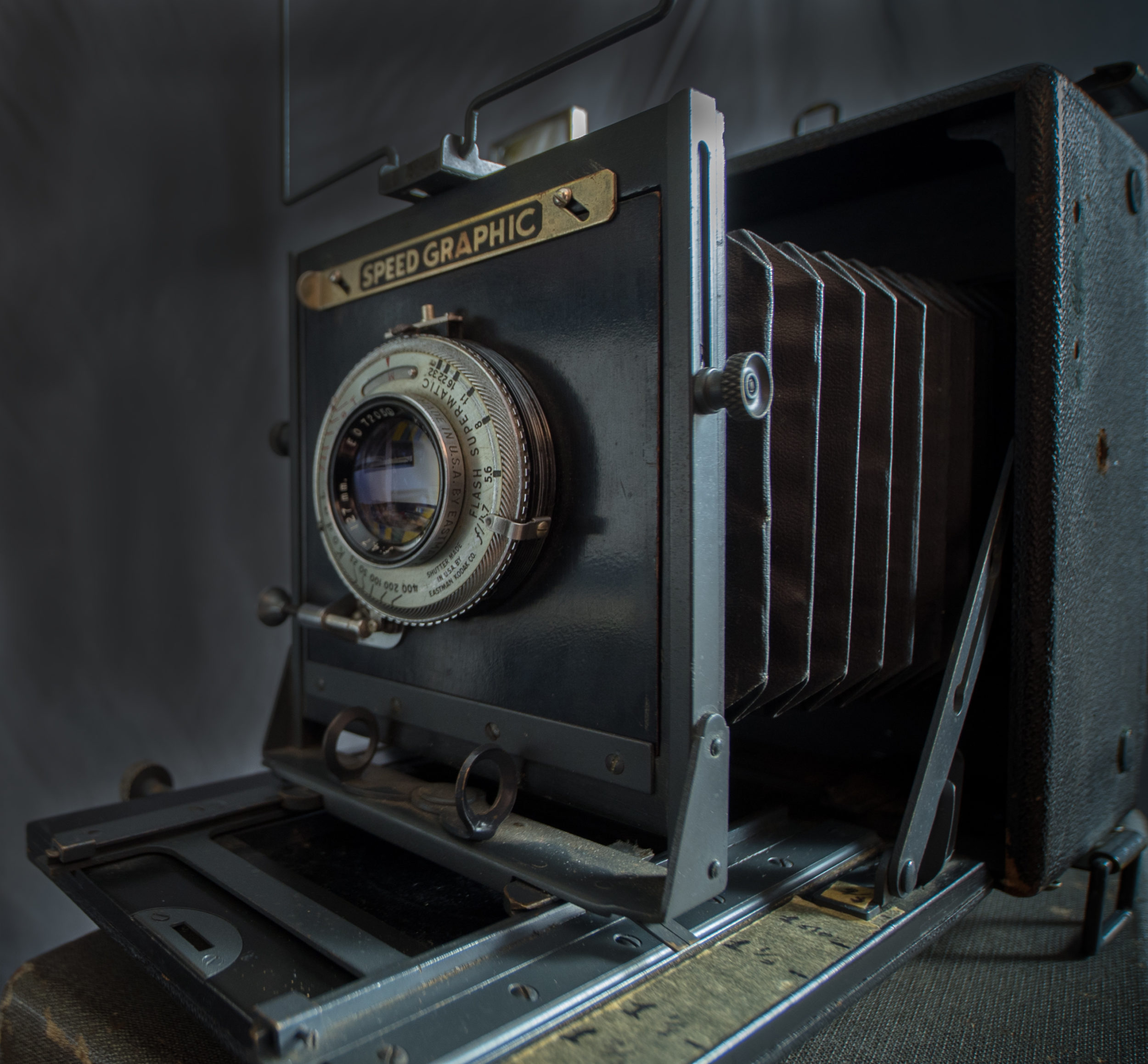 I’d like to satisfy the curiosity of those who, like me, always look for some informations on how the photographs were shot and which camera has been used, but don’t always find it.

I found this wooden camera near Bologna, in northern Italy in very poor conditions and restored it with the help of a French cabinet-maker who had to rebuild the damaged wooden parts. The farmer who sold me this Graflex in the eighties told me the camera was left behind by an American soldier during the advance of  the Allied Forces in Italy in world war II and was never used after. Surprisingly, the lens shutter and focal plane shutter needed nothing more than a little lubrication to work again perfectly after more than fifty years of inactivity.