One Way | A Tuareg journey 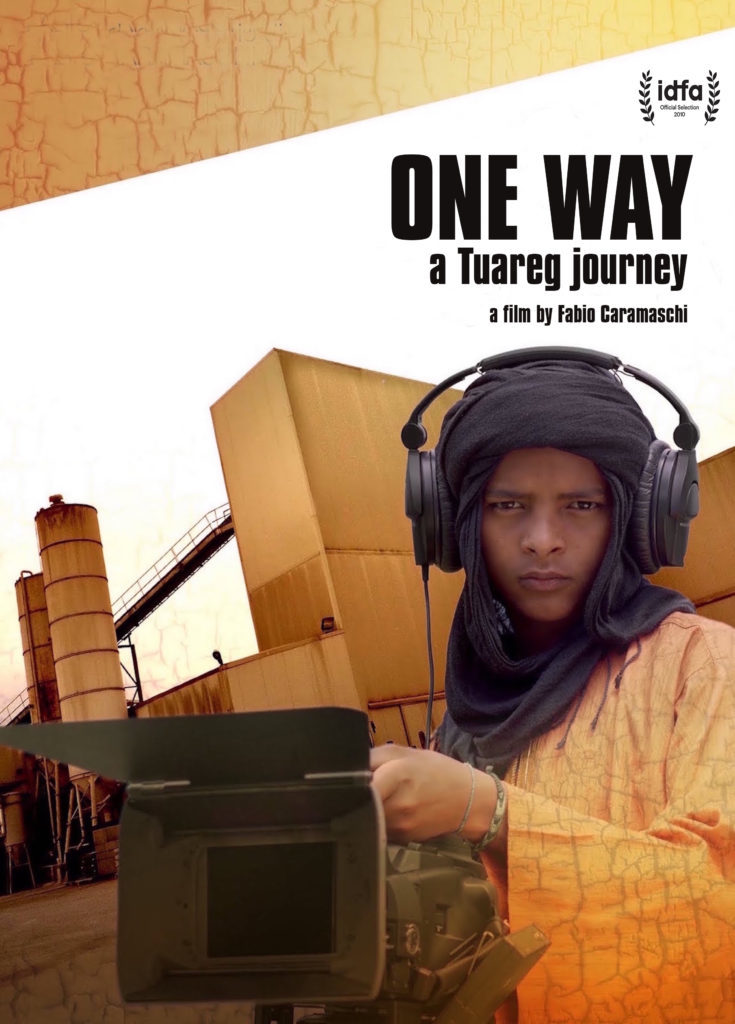 Sidi’s father is a guest worker in Italy. We follow him and his family and visit Alkassoum Sidi’s brother who has been left behind in his desert village in Niger. Because Sidi has a lot of questions about the fate of migrants he borrows the camera to interview member of  his family and italians on the streets and find that he gets honest answers.

Some time after Sidi’s father left to become a guest worker in Italy, Sidi, his mother and his younger sister were allowed to join him. Sidi’s little brother Alkassoum was left behind in Niger, as he had no identity papers. Sidi now speaks Italian, goes to school and is thinking about becoming a journalist. Alkassoum is still tending goats in the village where they were born. Finally, Alkassoum is also allowed to move to Italy. We follow Sidi and his family in their modern Italian lives, and visit Alkassoum, left behind in their desert village. It quickly becomes clear how big the gulf is between the countries, on all fronts. Because Sidi has a lot of questions about this, he borrows the camera to interview members of his family and Italians on the street. He asks clever questions about immigration and gets honest answers. “When I’m behind the camera, everyone respects me” – a feeling that the ambitious young man certainly doesn’t always get. He used to be very impressed with all aspects of Italy, but he has now moderated this view: “Now that I know this world, I miss mine.” Nevertheless, this documentary by Fabio Caramaschi, made with the help of Sidi, is above all a positive, inspirational film about change, family reunion and new opportunities.

Sidi, a 13 years old Tuareg from the Sahara desert, emigrated with his family from Niger to industrial northern Italy, leaving his youngest brother, Alkassoum in Africa with the grandfather. Alkassoum imagined his family in Italy have become rich and even white. In Italy Sidi has learned to use a video camera and his footage and interviews lets our audience into the intimacy of his family life. Sidi’s filmaking reaches a critical point when Alkassoum finally arrives in Italy. While the old grandfather still travels the invisible roads of the desert, the two brothers reunited face their future in Italy.