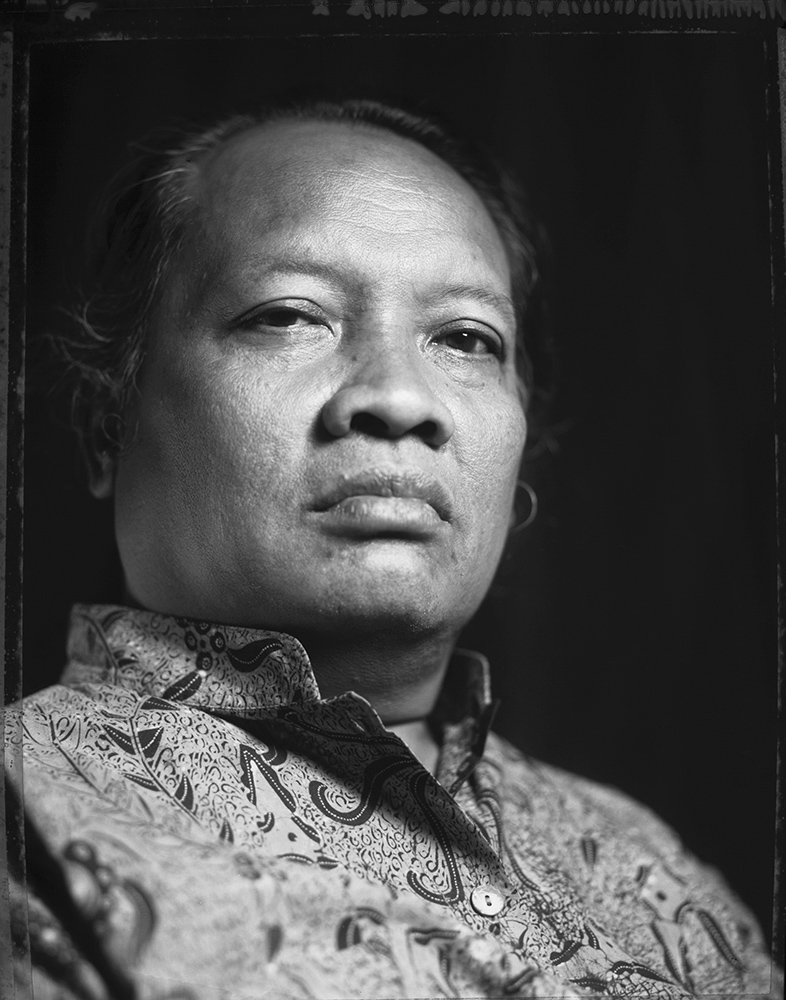 “what fascinates me in about Sureq Galigo is its scale, the fact that is an epic poem and yet it is a simple story   […] the performers I am working with are all Indonesians, from Sulawesi, Java, Sumatra and Irian Java. Over 50 people. I only create a frame: they have to fill it with energy and creativity […] The eyes and the hands of the performers become a concrete translation – with the colours, the sounds, the whispers, the perfumes – of the mystery and the divine. It is sensuality and beauty. “

In the middle of a peaceful night, the wind came […] that wind spoke like a human being, sounding like a man, the wind said “Are you asleep, Sawérigading? I am here to wake you. If you are awake, get up and come to me

Ila Galigo is inspired by Sureq Galigo, an epic poem longer than the Mahabharata and written by the Bugis people of Sulawesi between the 13th and 15th century.

Sulawesi is an island created millions of years ago by the collision of two lithospheric plates at hundred kilometers from Borneo. The animal species of the island, including the Homo Sapiens, have evolved for thousands of years in complete isolation from the rest of the world and produced a peculiar religion and a cosmogonic narration that is the story of Ila Galigo.

The epic tells the story of the creation of the Middle World and the first six generations of its inhabitants. The power of the narration, the music of the Indonesian composer Rahayu Supanggah, played by 70 traditional instruments and the genius of Bob Wilson created the miracle of a visually fascinating contemporary interpretation of an ancient magical traditional story that could otherwise be forgotten or lost forever.

The theatre work was created and directed by Robert Wilson and presented from 2004 to 2011 in Singapore, Amsterdam, Madrid, New York, Jakarta, Melbourne, Taipei, Milan and Makassar and in Bali in October 2018.

Elisabetta Di Mambro, producer of the show for Change Performing Arts, asked me to film Ila Galigo during the Italian dates at Teatro Alighieri in Ravenna in 2004, so I had the pleasure to meet and spend some time with the music writer and the performers of this amazing project and decided to take this series of Polaroid 55 portraits.

In between the rehearsals, the video shootings, the costume fittings and the long staging process, we found the time to take a series of Polaroid portraits with my Linhof camera, loaded with 4by 5 inches 55 Polaroid films, sharing with them the magic moment of the instant positive print, but fixing and saving the negatives to realize a series of fine art prints.

To give life to the characters of the story Wilson decided to cast the 53 dancers and performers exclusively in the original area here where the story was born centuries ago, the island of Sulawesi in Indonesia.

In between the rehearsals, the video shootings, the costume fittings and the long staging process, we found the time to take this series of portraits, that I have shared with the dancers, giving them the instant positive print, but keeping the large format negatives for me to realize a series of fine art prints. 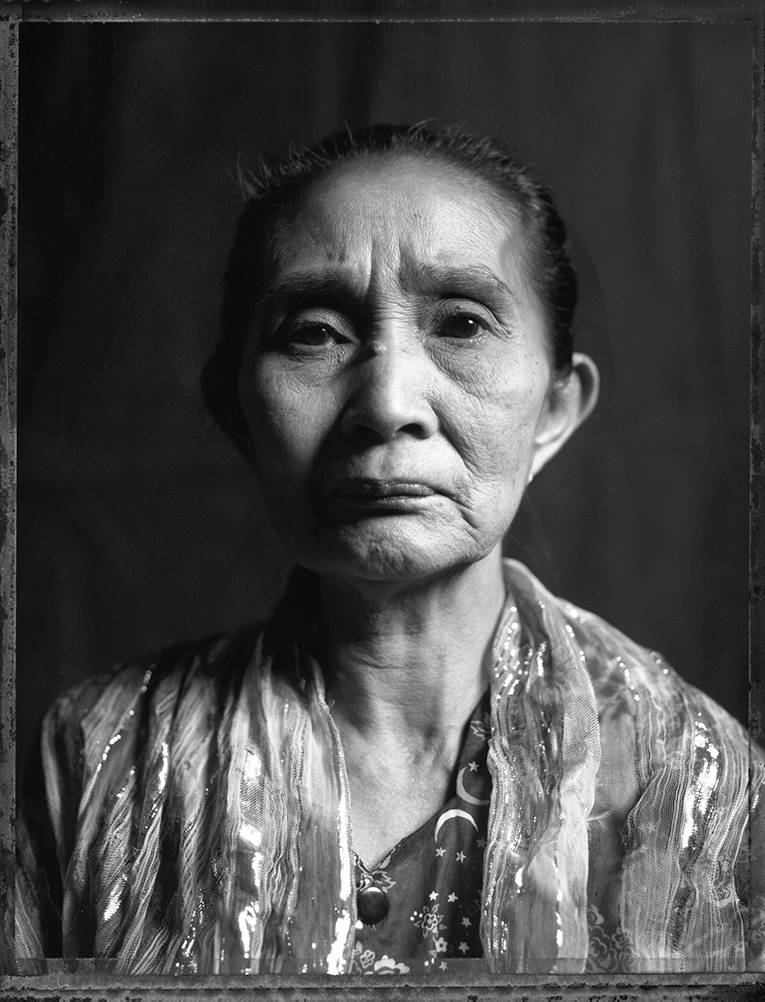 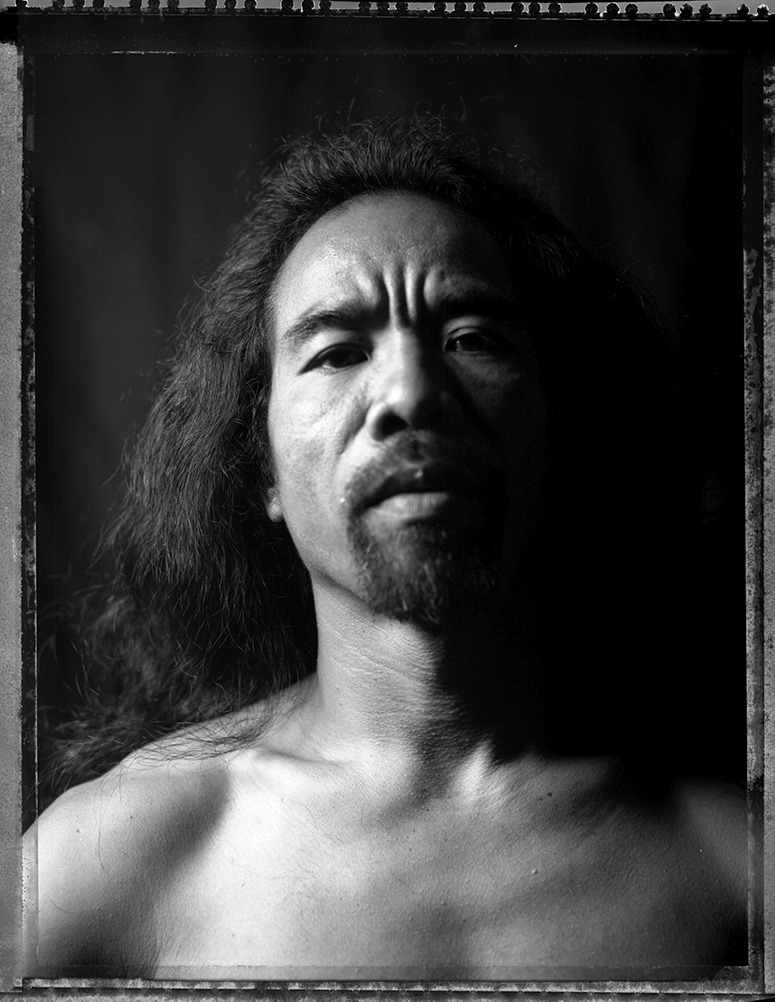 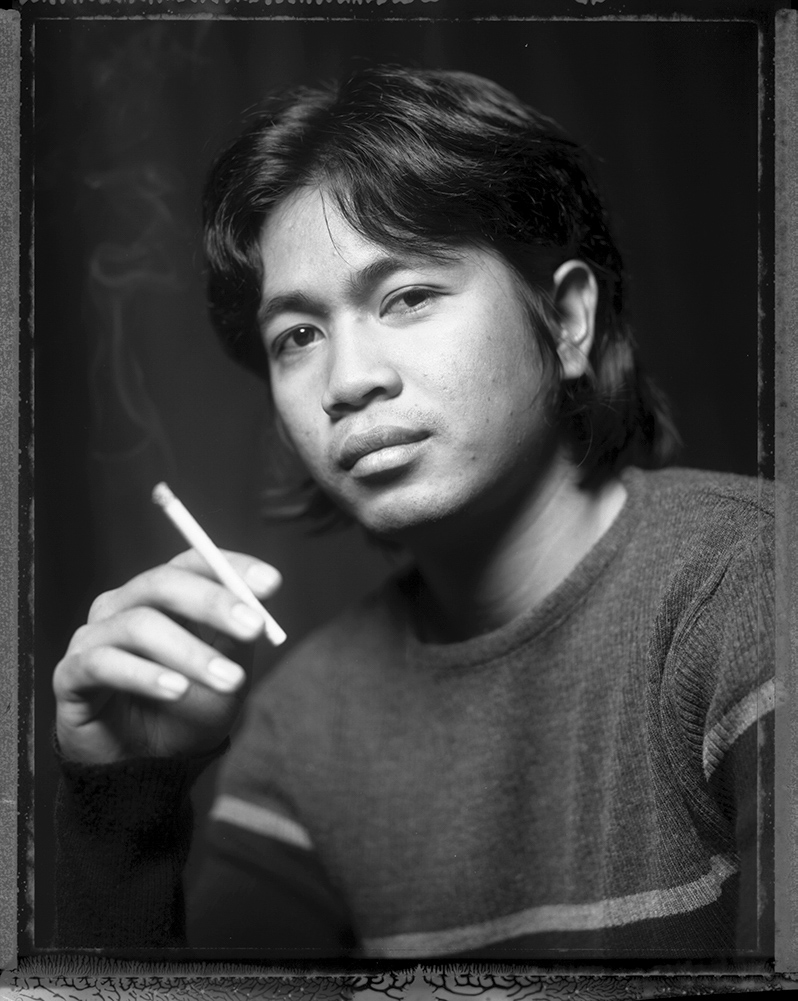 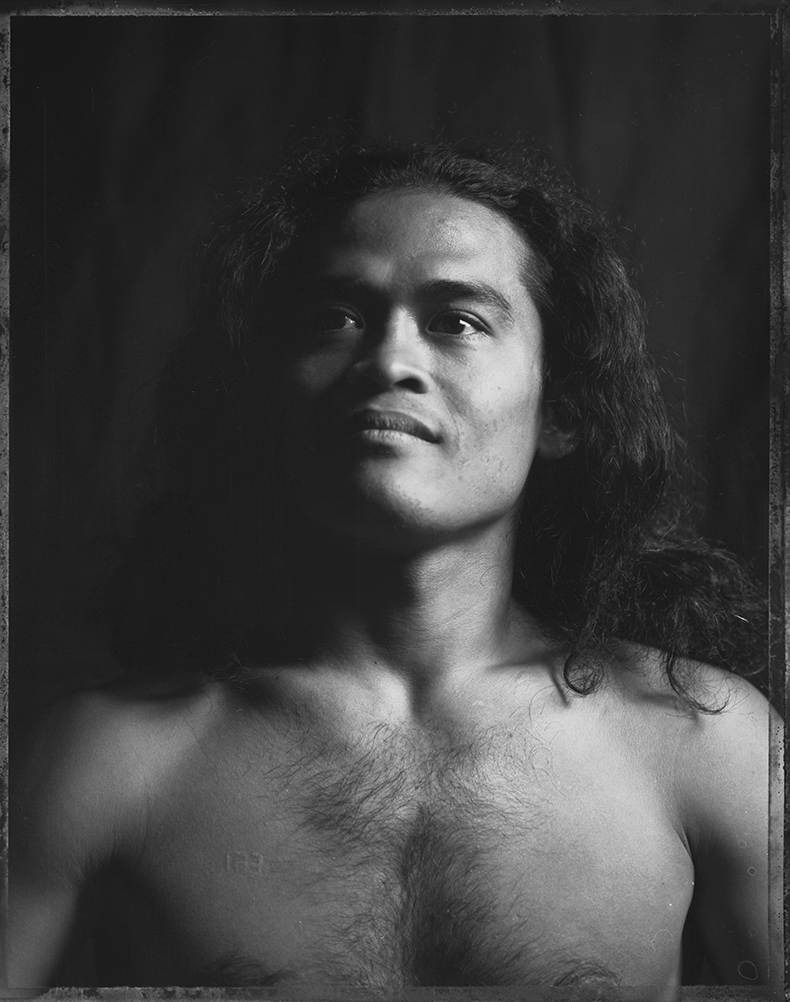 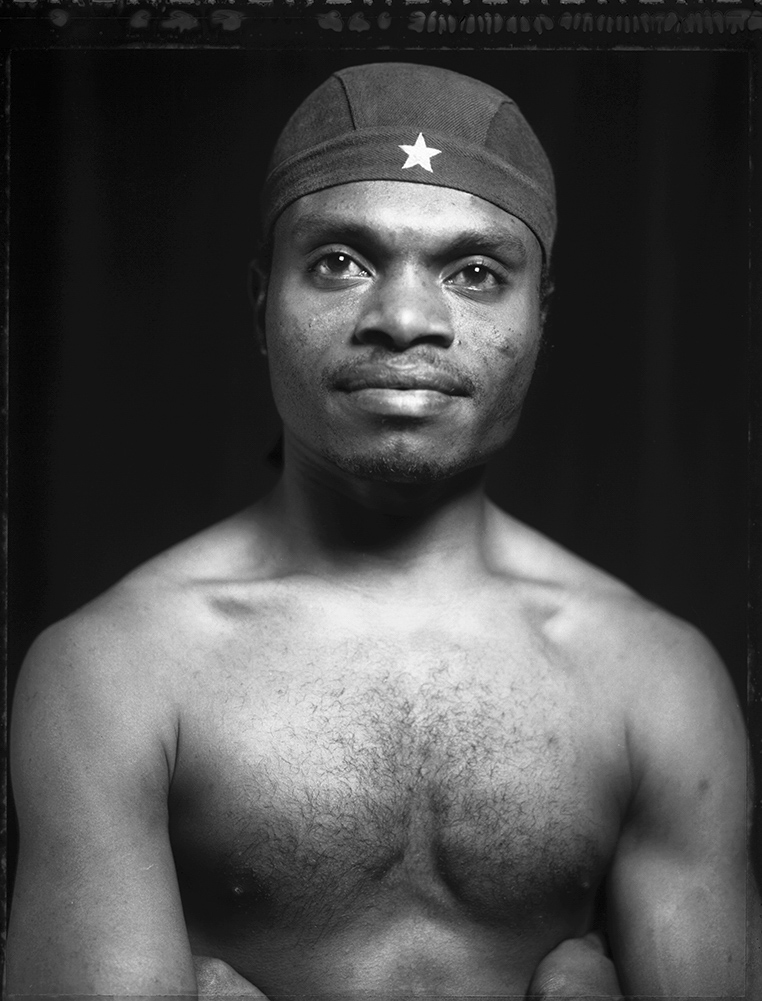 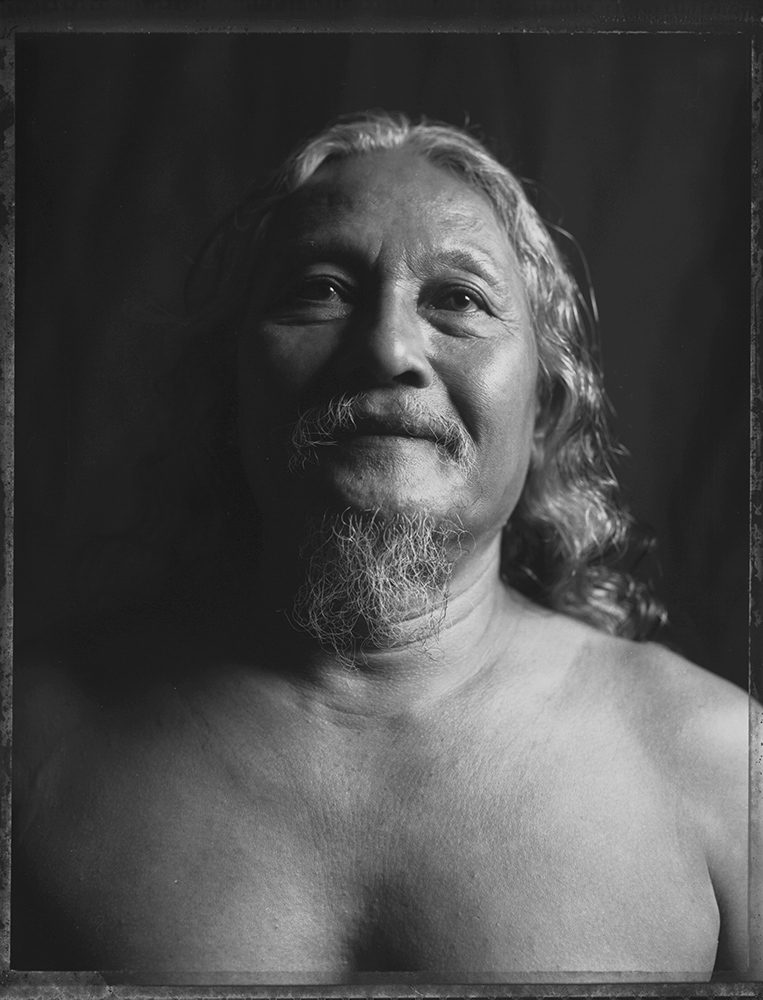 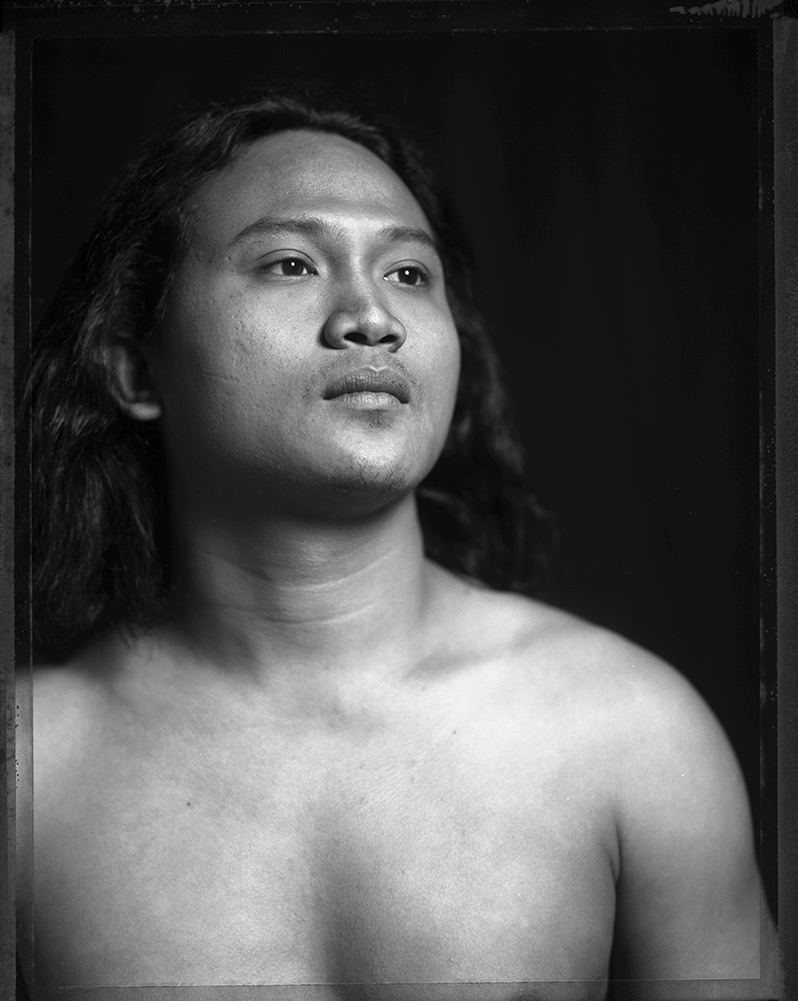 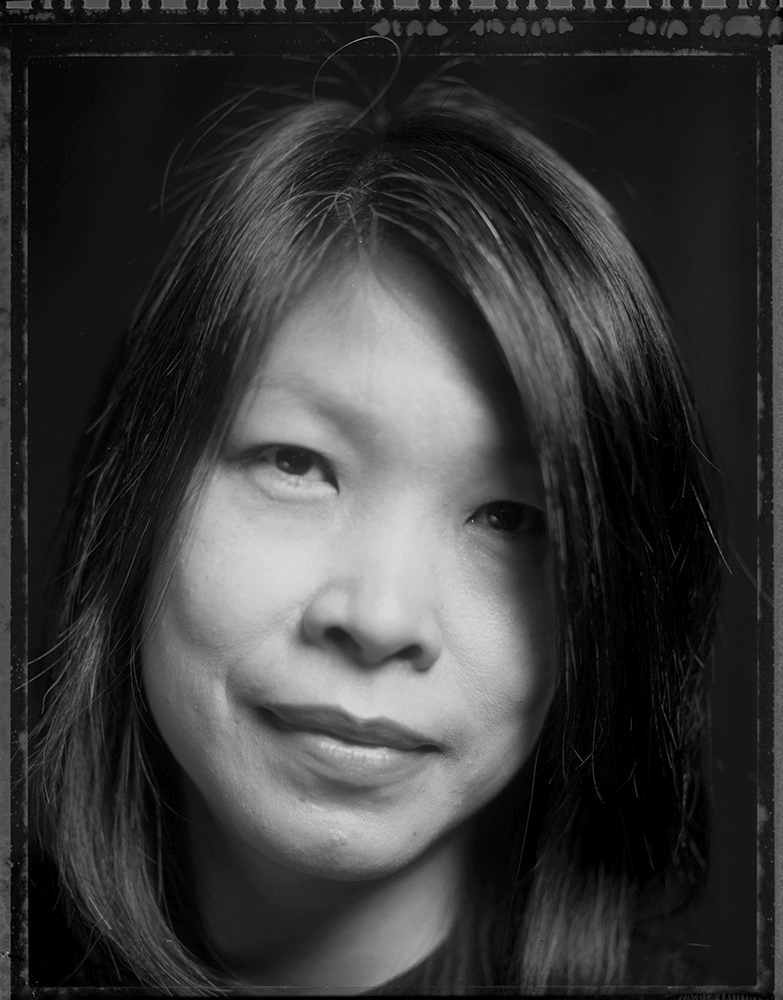 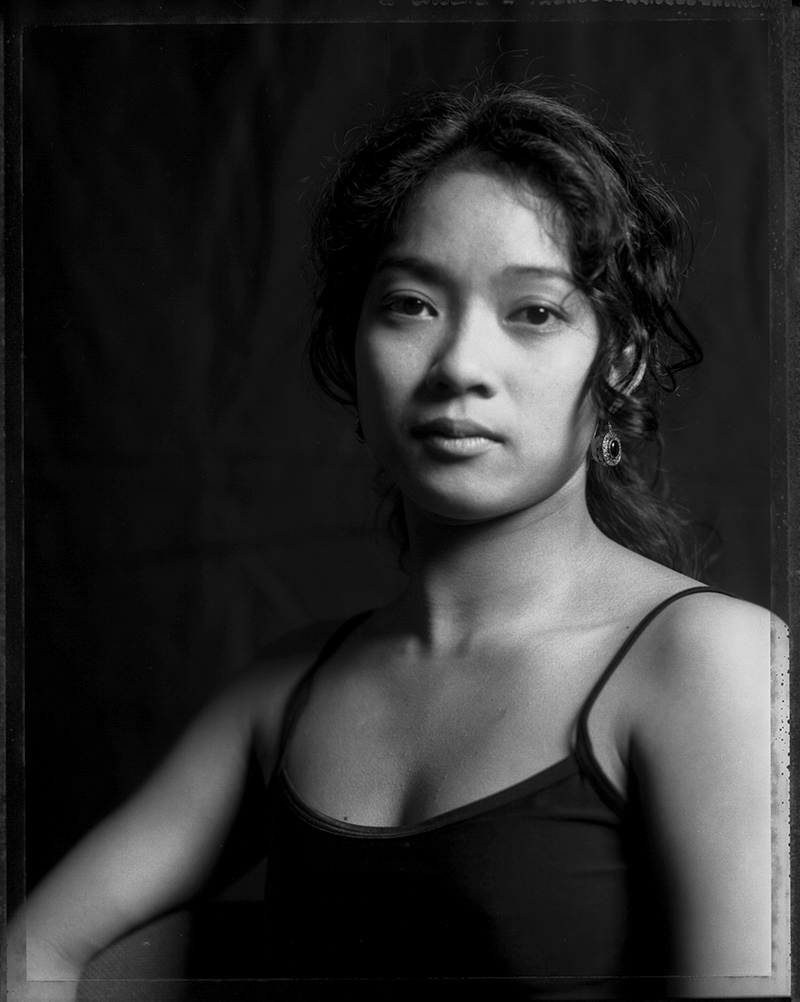 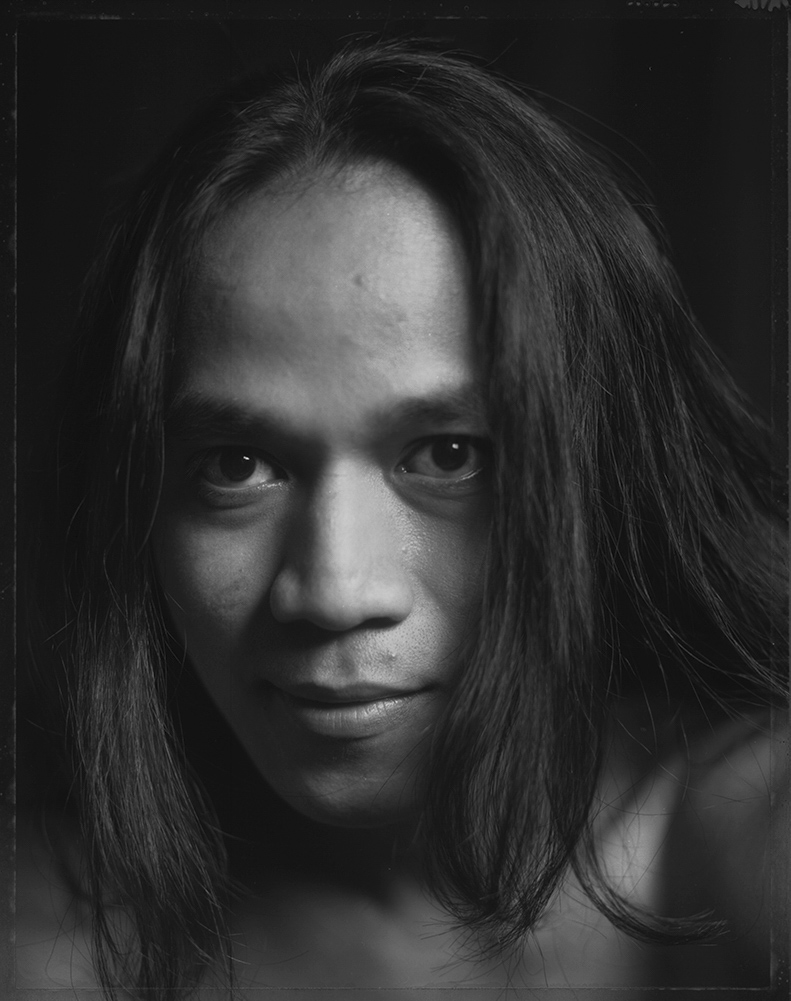 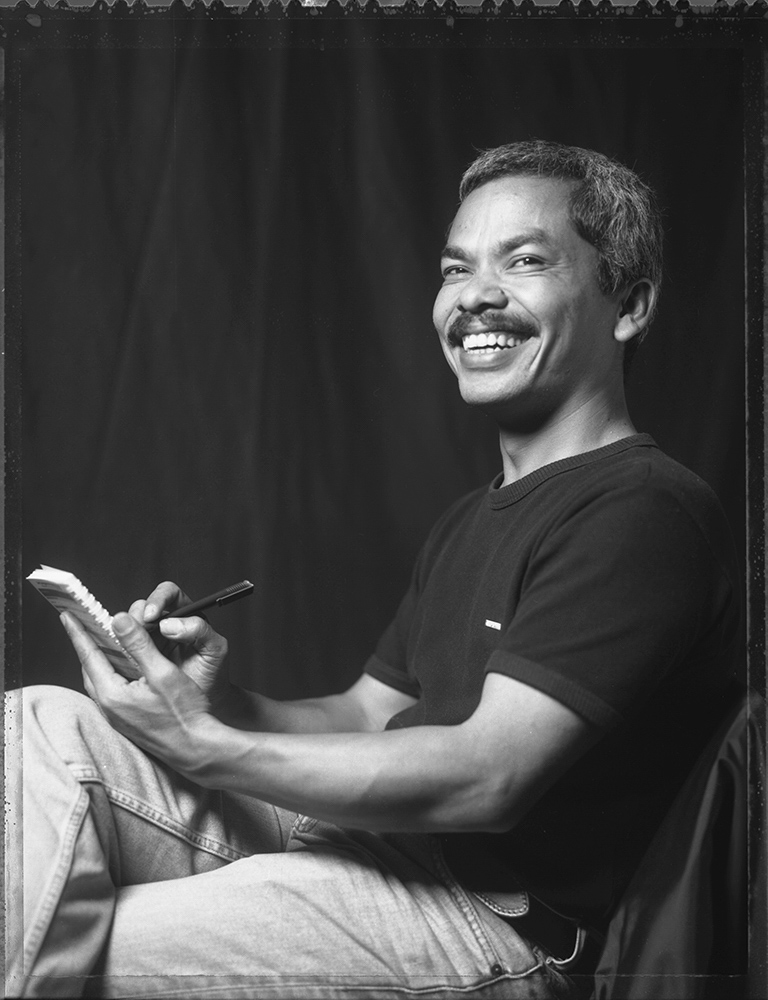 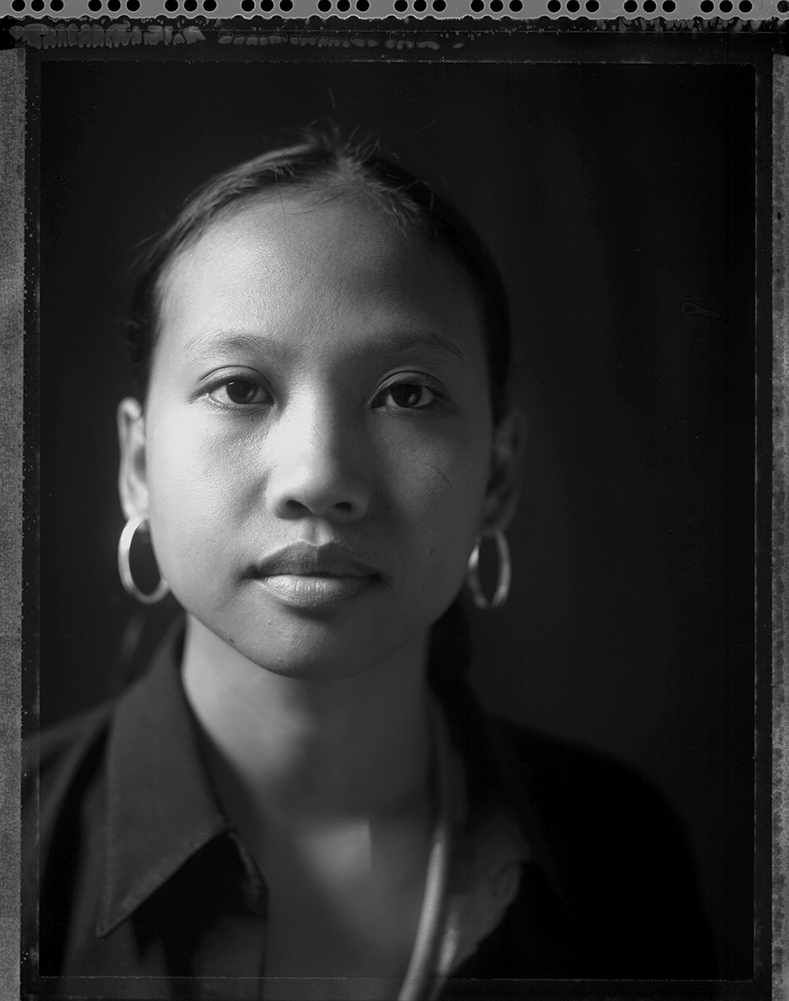 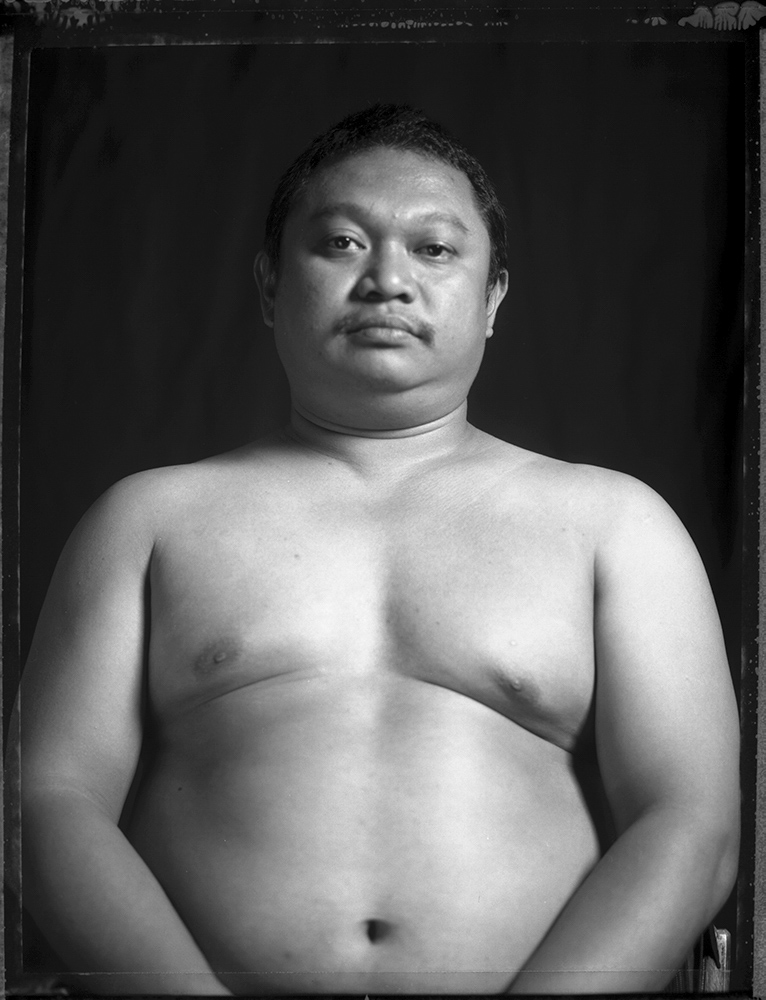 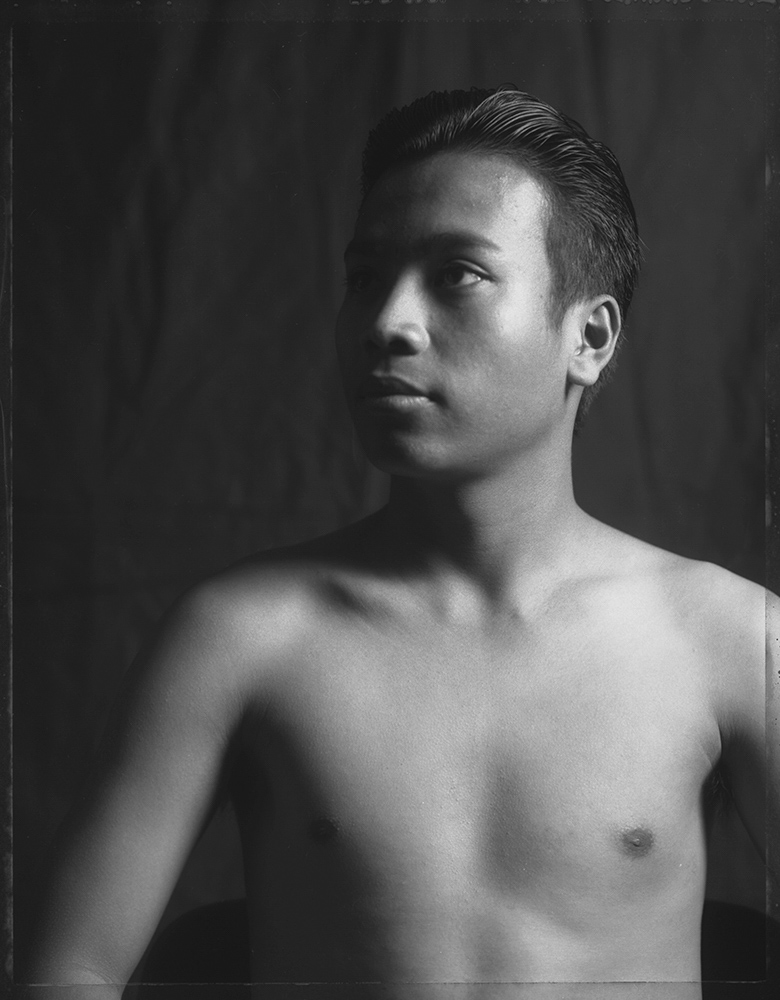 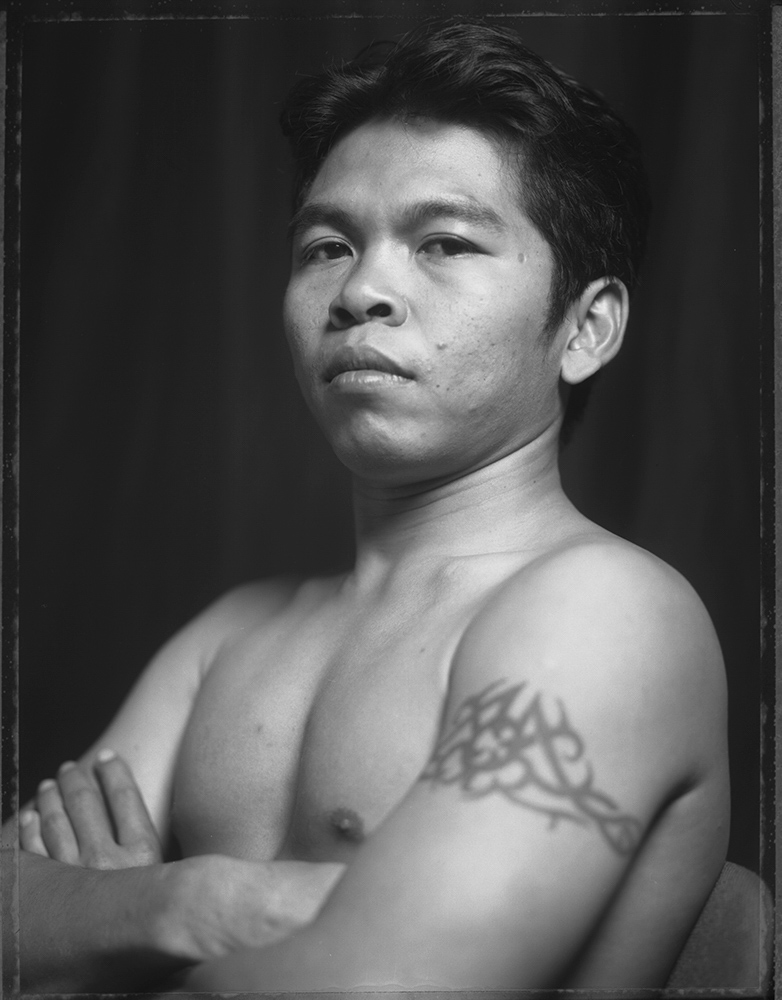 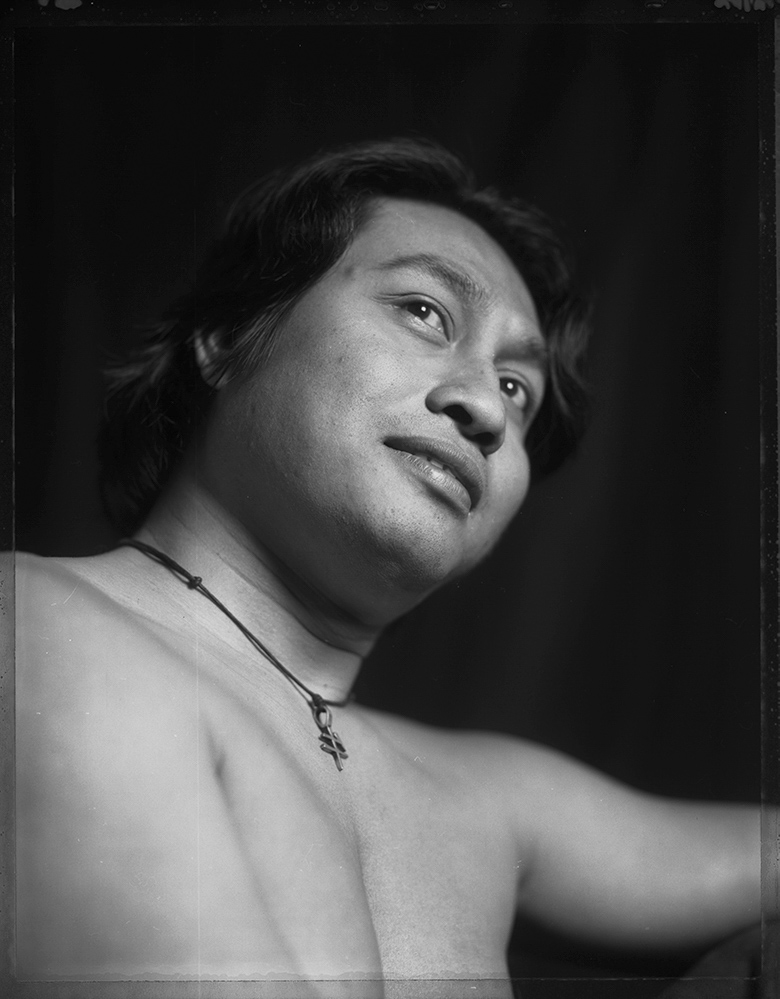 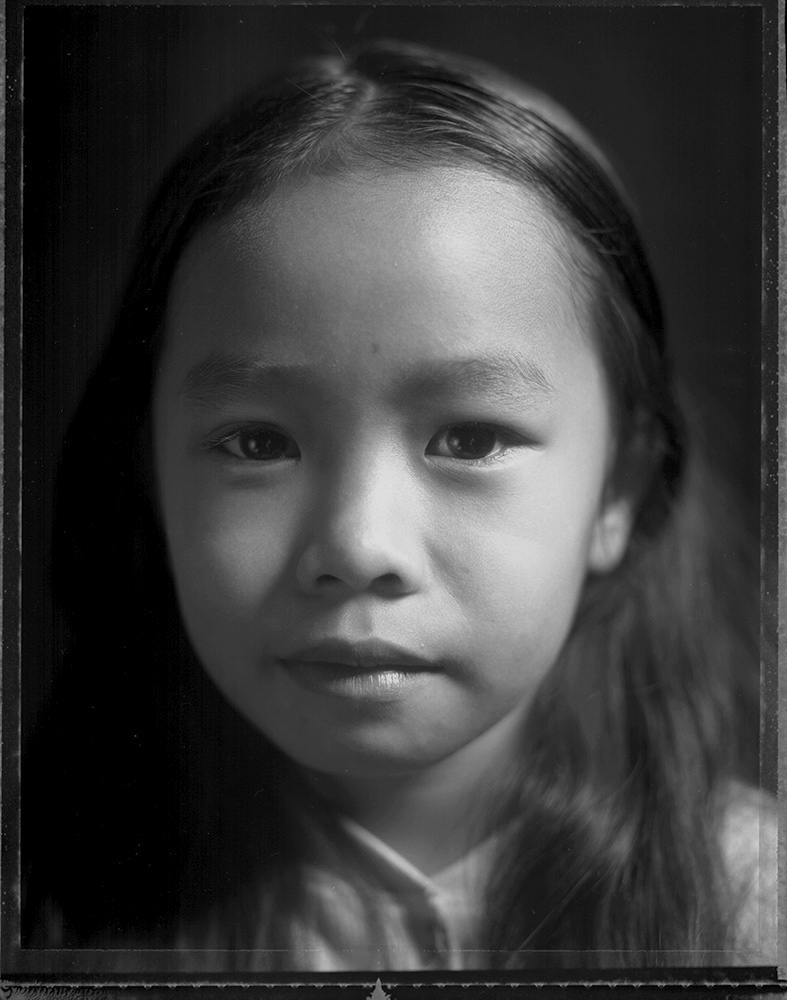 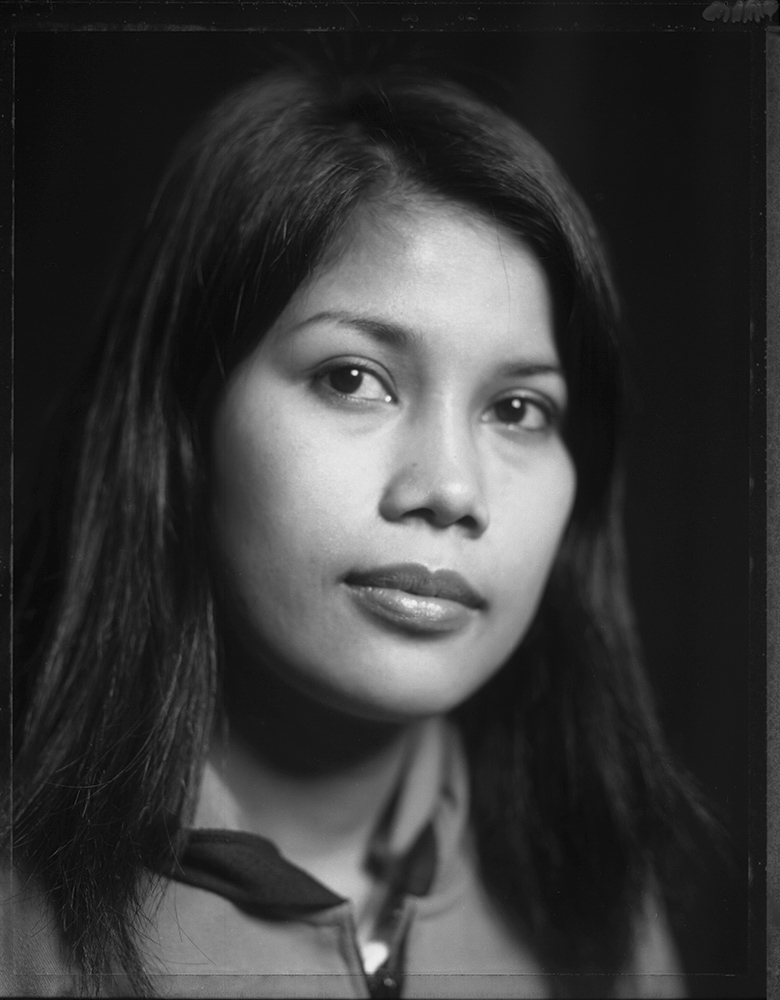 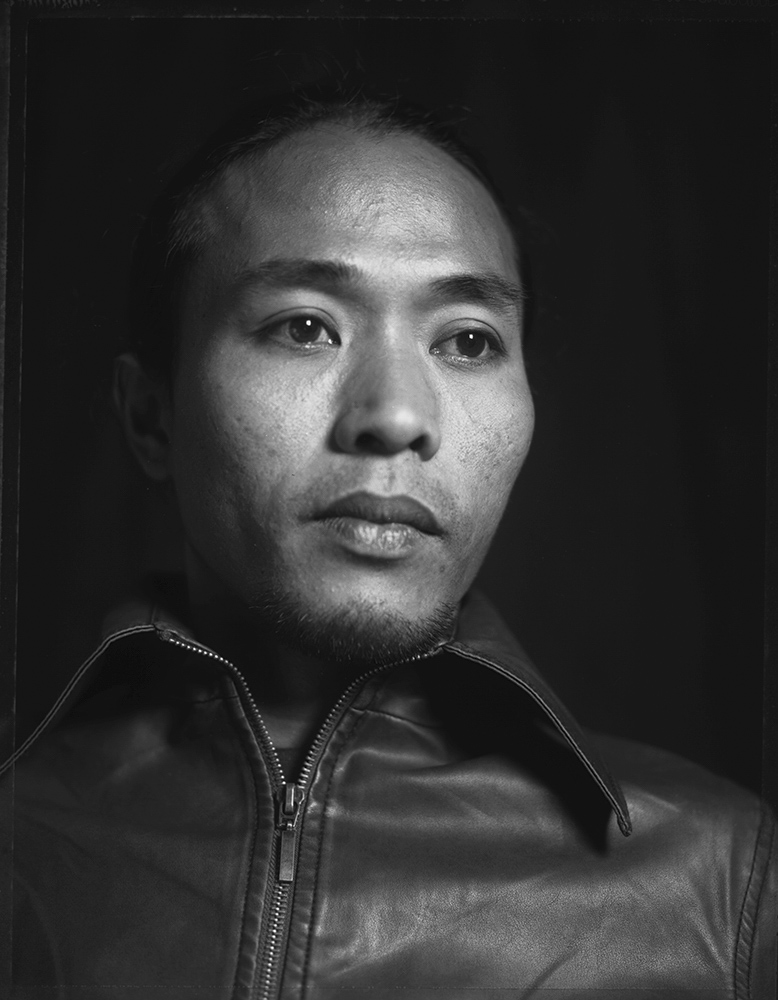 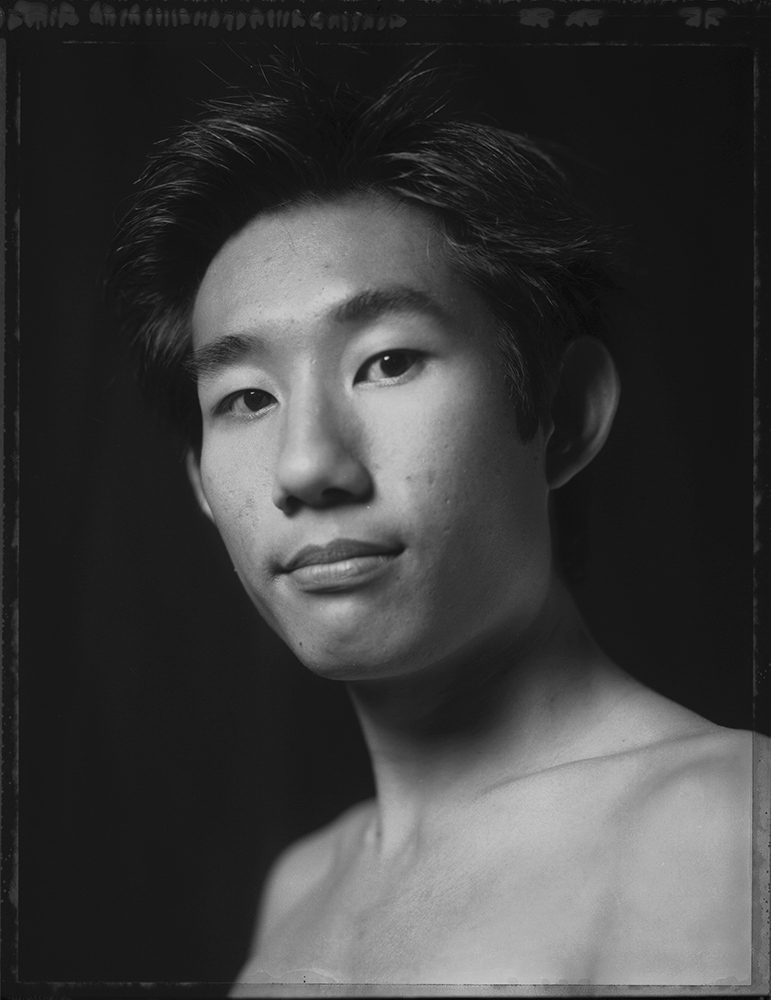 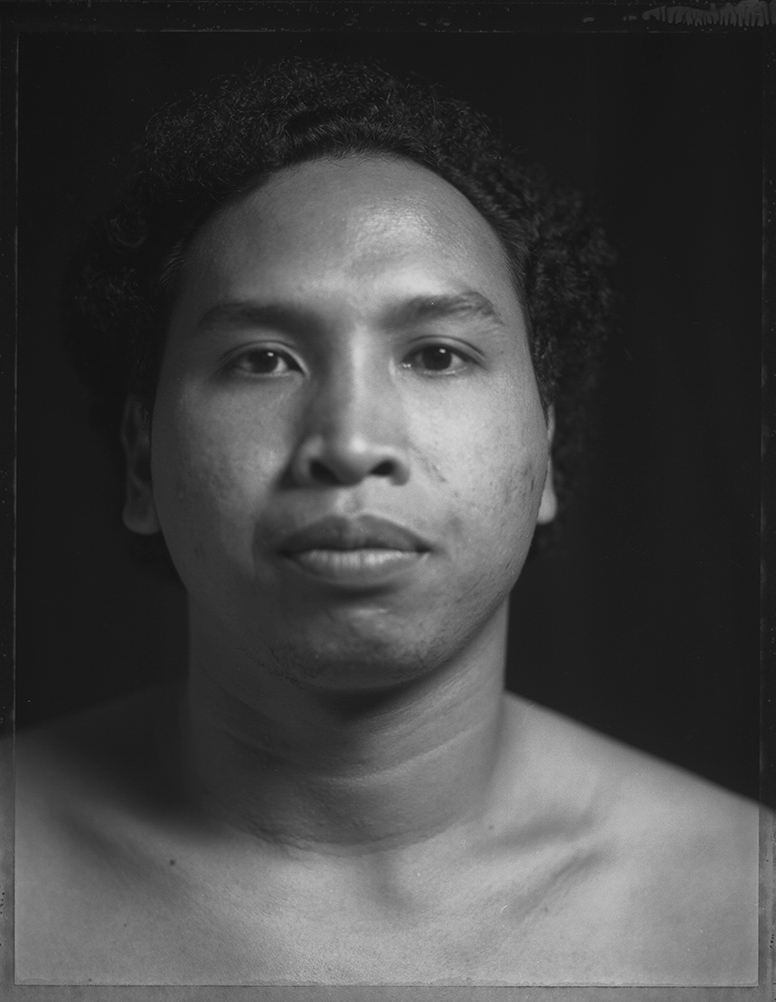 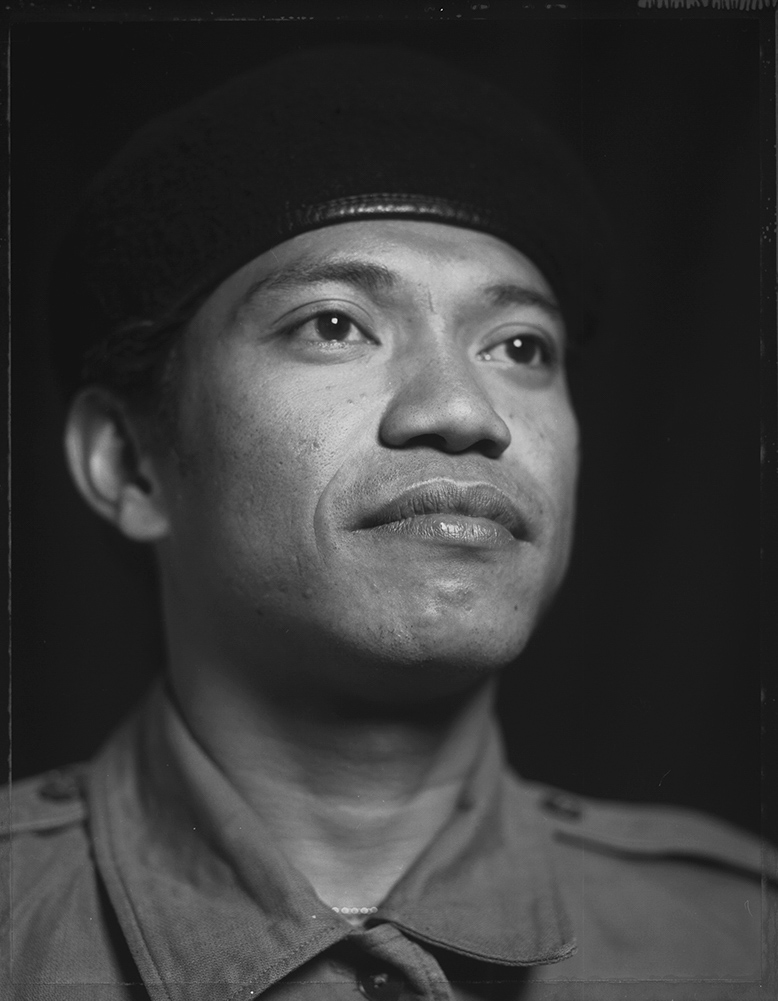 I’d like to satisfy the curiosity of those like me, when they have a photography book in hand, always go to look for some note on how the photographs were shot, but don’t always find it.

Tired of being made fun and pitied by natives for the pre-war wooden Graflex, with which in the past I had photographed the populations of the Shael, this time I decided to modernize, and I used a Graflex Speed Graphic Pacemaker model fp from the early fifties, loaded with 4 by 5 Txp film.

The lenses, in addition to the legendary 127mm Ektar loved by Weegee, are those optic and horologic jewels that Schneider has for some time made available to those who want to take photographs without rushing.