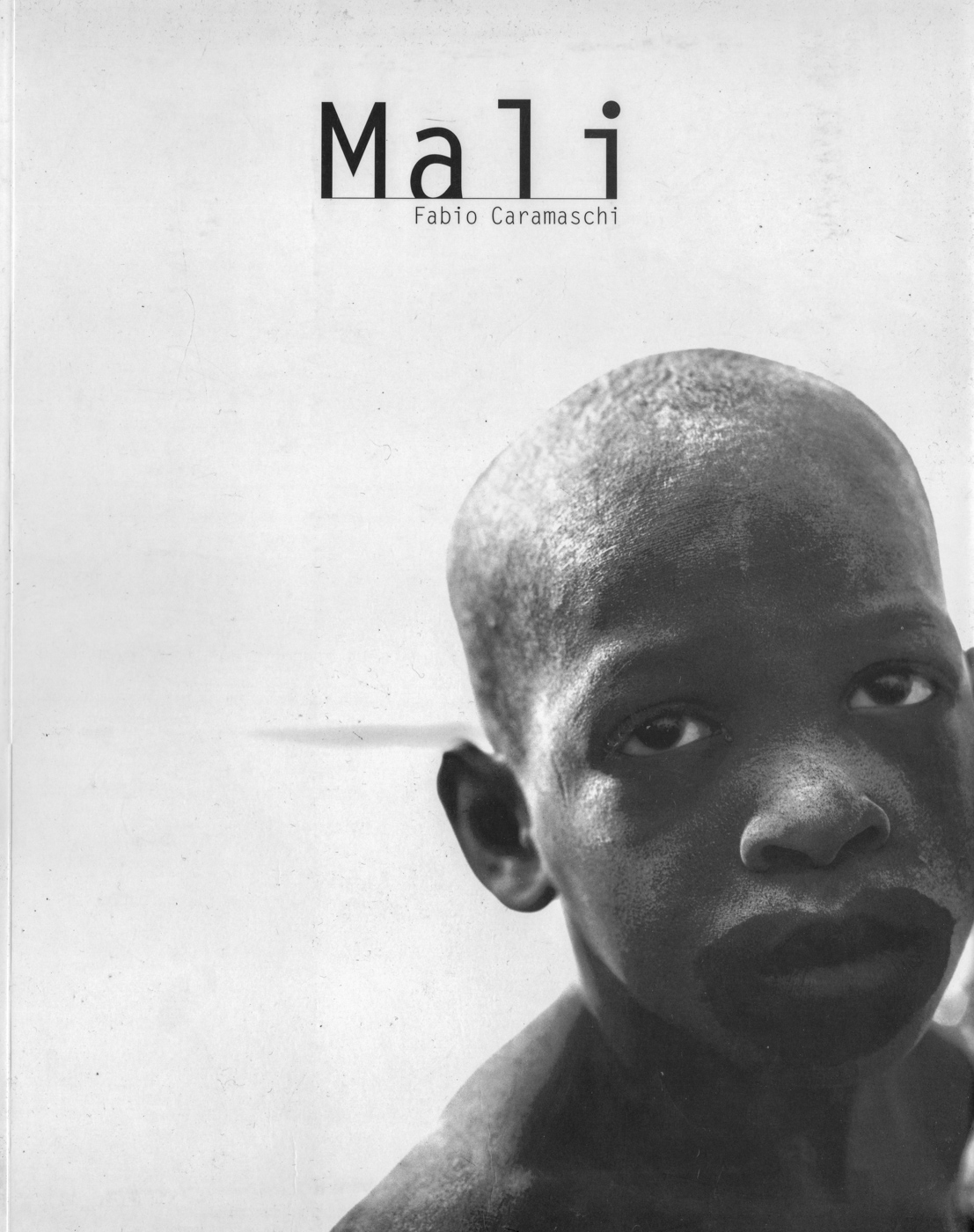 This book, realized with the collaboration of the ONG Bambini nel deserto, contributed to fund medical and school projects in Mali and Niger.

Finally the minibus has broken down. Something serious, maybe an axle-shaft.
The driver disappears on foot to call someone.
It takes hours to understand how far the rest of the world is.
I measure the light, load the plates in my film changing bag and wait.

First come the children with their hoops and toys made of tyre.
Then a boy back from school and some farmers going back to their village after a day in field.
They look at me and at my camera like we had an appointment.
I do not know their names or where they are now, but I want to thank them for having decided to become my first photographs in Mali.

I arrived in Mali at the end of 2000, taking with me the Speed Graphic camera made of wood and leather, dating before world war II that I had just fixed and some 4by5 inches Kodak black and white photographic plates.
The only lens I had was the legendary Kodak 127mm f 4,7 Ektar loved by Weegee, which proved to be more than enough, with help of the generous African sun.

Photography is art, aesthetics but also denunciation and act of love. These photos that Caramaschi dedicates to Mali and its people resume these functions and meanings.
True and spontaneous are these portraits of men and women shown and narrated by a great master of the black and white photography.

from the introduction of the photographer Franco Fontana 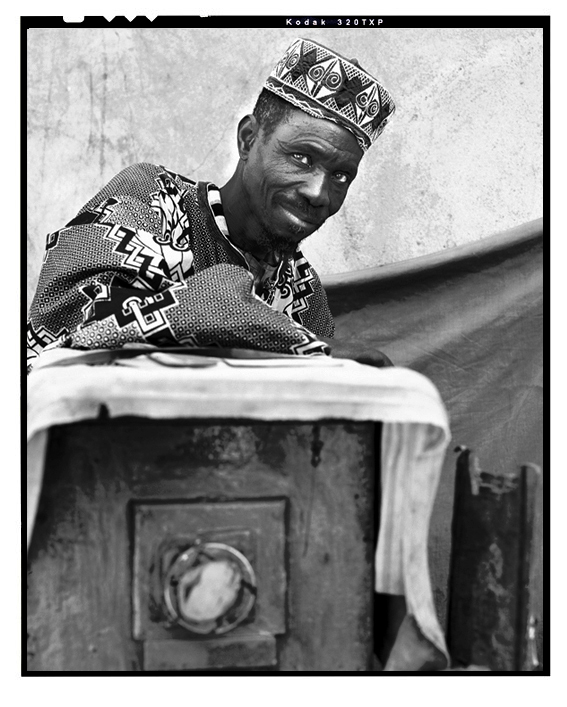 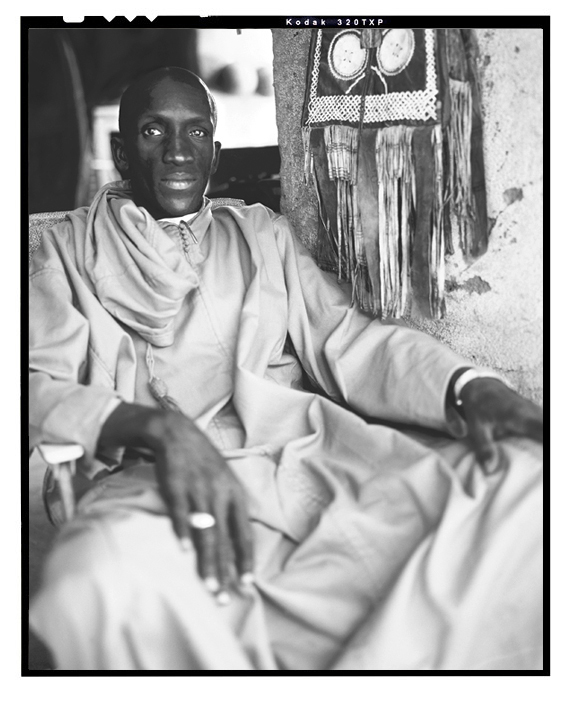 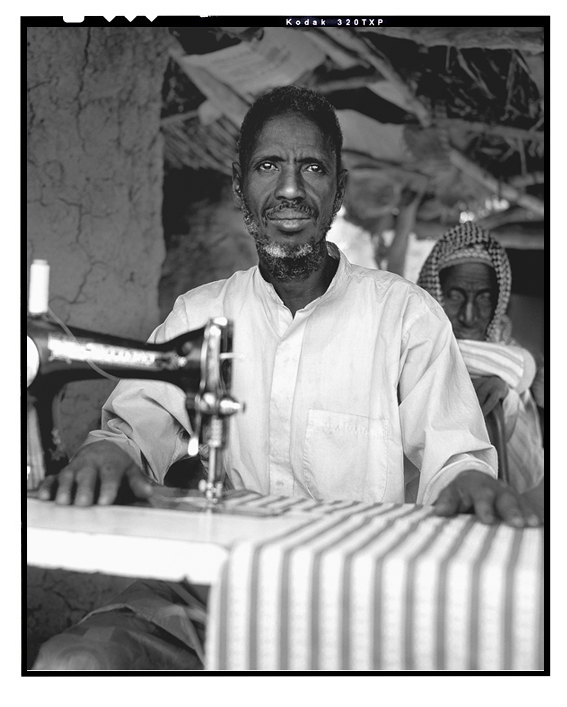 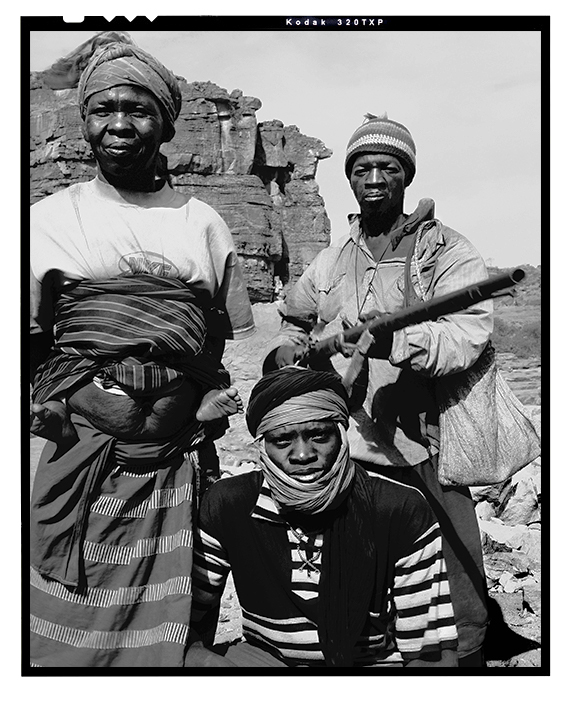 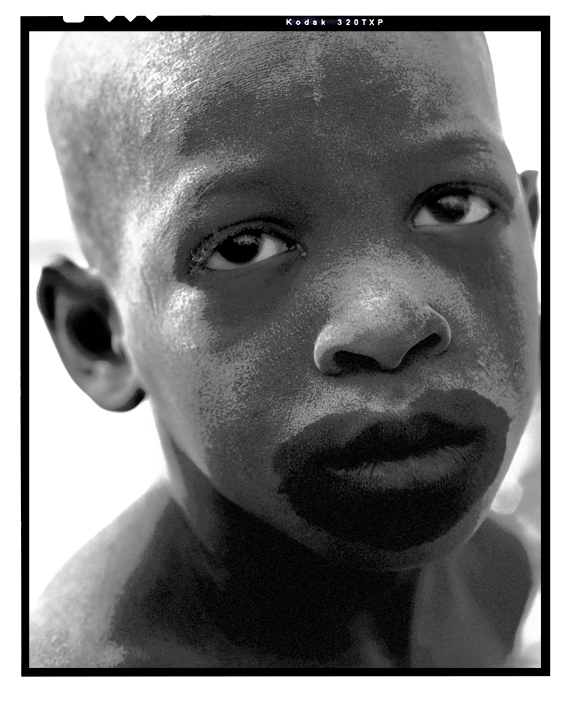 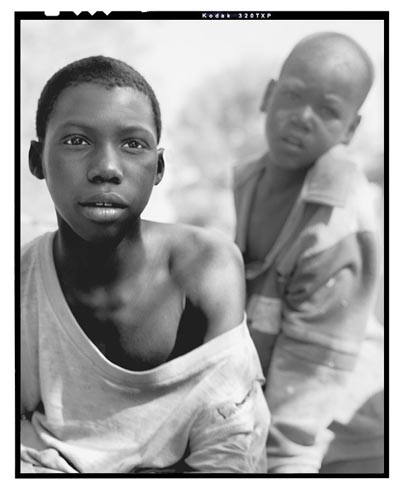 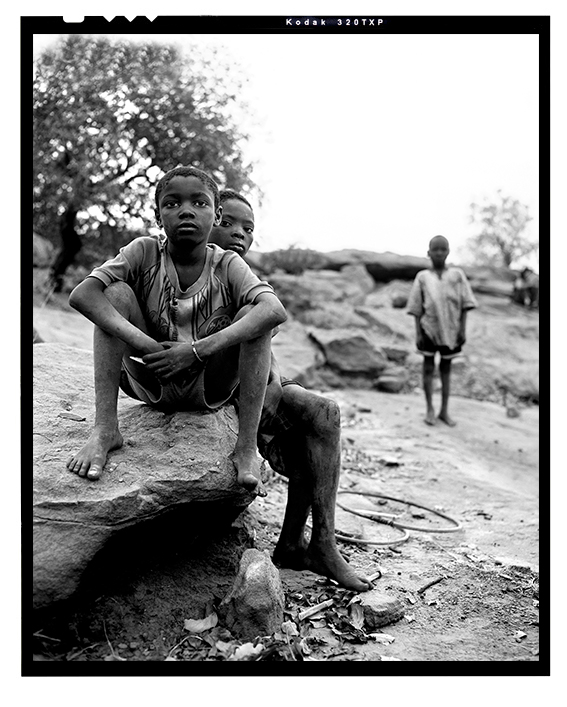 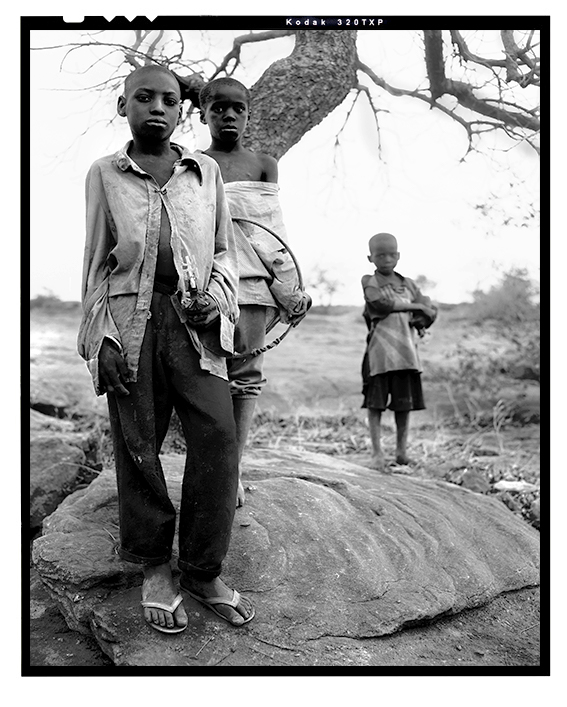 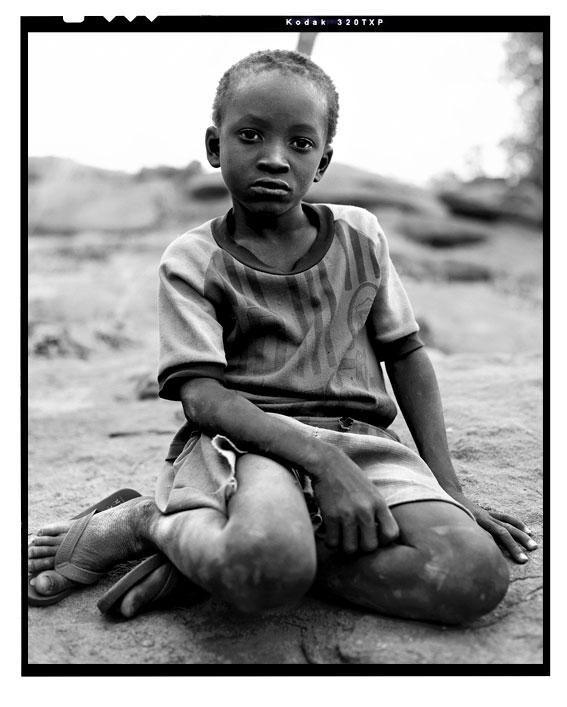 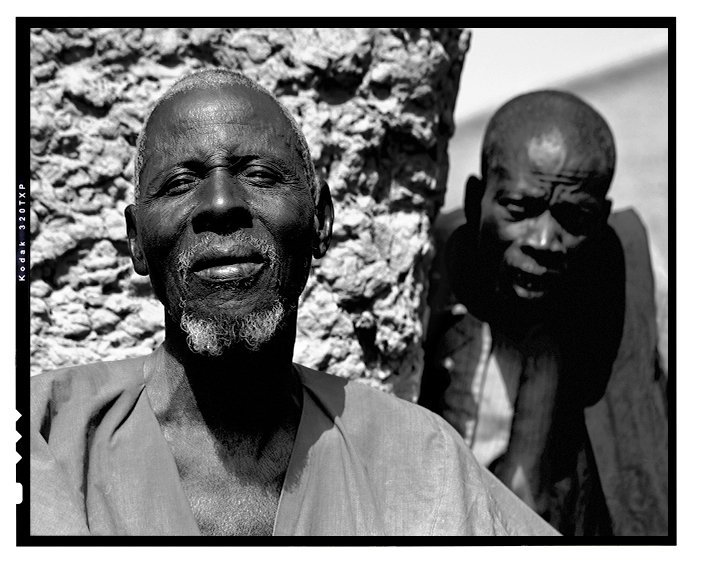 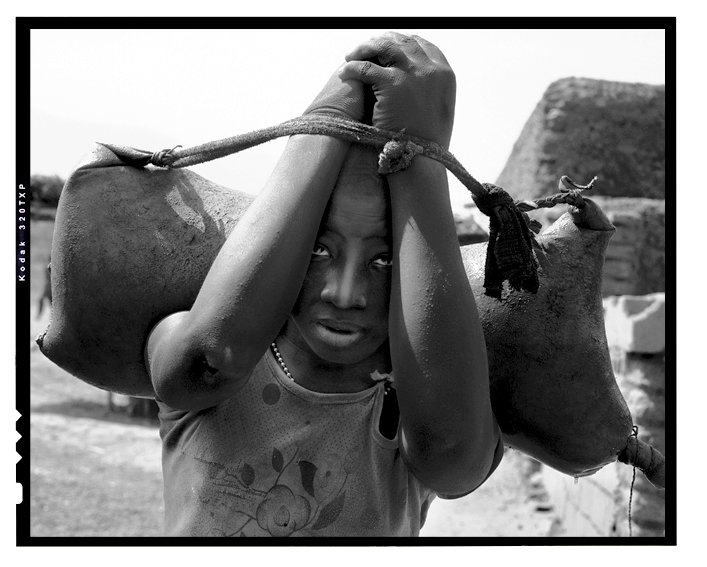 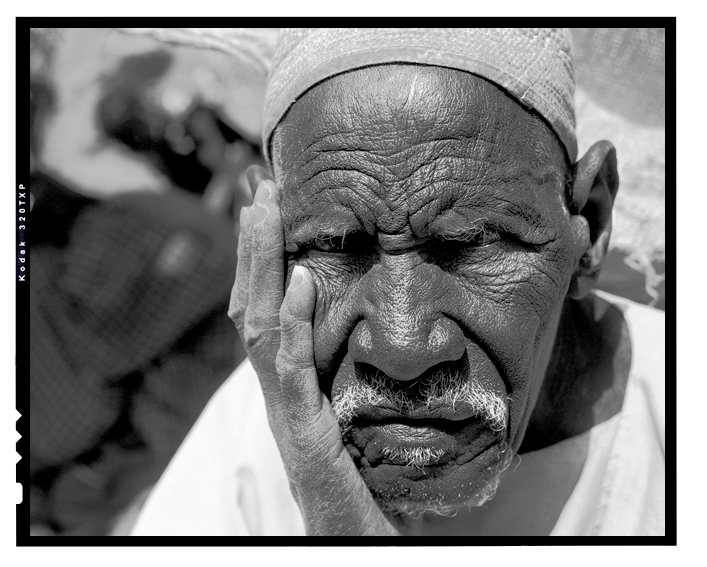 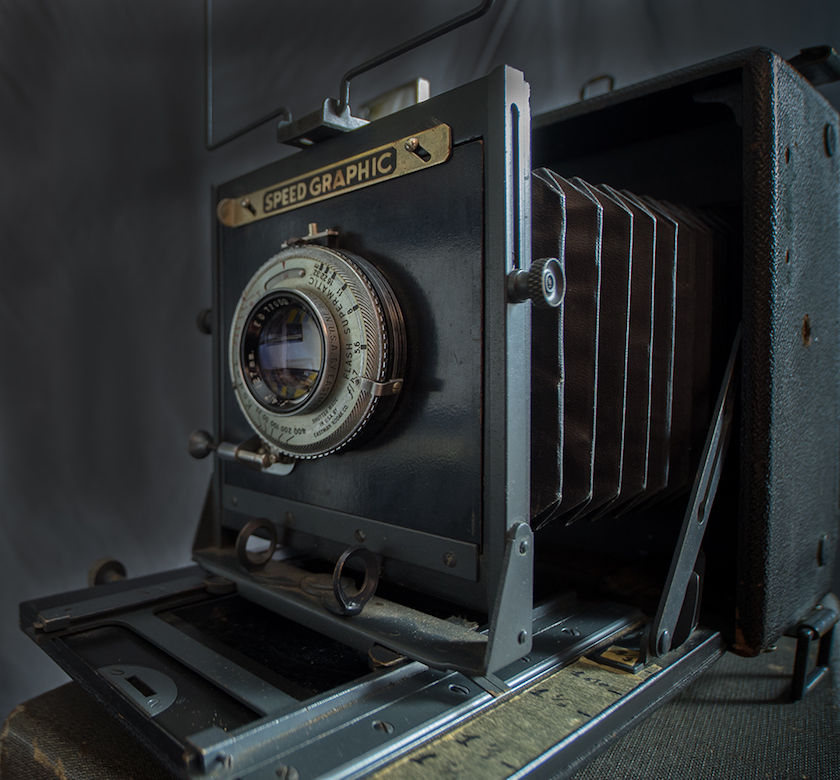 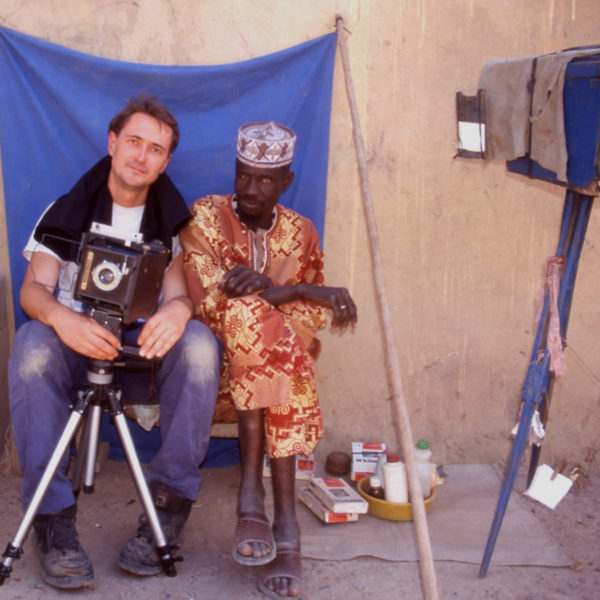 I met this brave African colleague at Djennè Market, taking, developing, contact-printing and selling for 5 cents of a Dollar passport-size BW pictures for the many who are willing to try the long and dangerous way to Europe. He carries on his donkey the heavy self-made tripod and the wooden box he built around a lens found in a colonial abandoned police office.

I’d like to satisfy the curiosity of those like me, when they have a photography book in hand, always go to look for some note on how the photographs were shot, but don’t always find it. I found this wooden camera near Bologna, in northern Italy in very poor conditions and restored it with the help of a French cabinet-maker who had to rebuild the damaged wooden parts.

The farmer who sold me this Graflex in the eighties told me the camera was left behind by an American soldier during the advance of  the Allied Forces in Italy in world war II and was never used after. Surprisingly, the lens shutter and focal plane shutter needed nothing more than a little lubrication to work again perfectly after more than fifty years of inactivity.